Just a small update on putting the Raspberry Pi BMC64 Commodore emulator inside a Commodore 64C case, as described in the previous post. 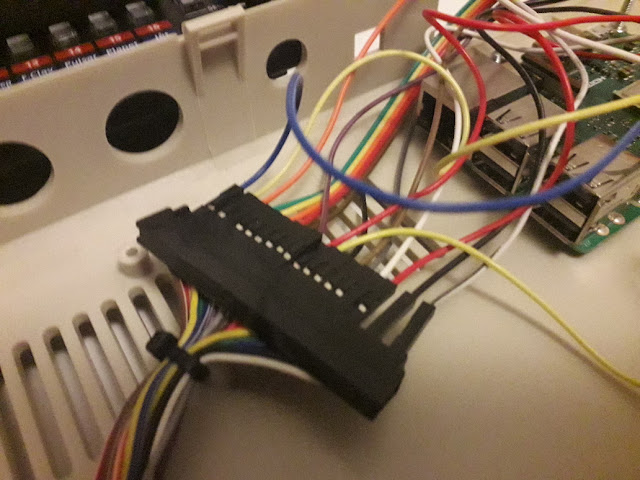 Then I soldered all the connections, trying to keep track of the mess. I lost the track once but fortunately it was not too difficult to re-solder a few wires. Soldering wires into pins isn't ideal, but tinning the wire ends prior to soldering helped a lot.

In hindsight I should have used a bit lighter, more bendy wire as now I had to push them down a bit to make the C64C cover fit.

The end point (for now):

It's now quite compact.

I didn't do the joystick connections at the same time which was a bit silly as they will be more difficult to solder now that the keyboard wires are in place.

Instead, I soldered a joystick connector in from the underside, aiming for the GPIO Bank 2 pins.

After a few mistaken solderings, I found out I need to be careful which GPIO configuration I am aiming at, and also understand that I'm looking at the GPIOs from below the board.

When using both the Keyboard and Joystick from GPIO, the pins are different than when using a joystick-only configuration.

The joystick port is made from a PC COM-port as it had the correct sized header for the pins. Nothing has been properly fixed to the case but this shouldn't take too much work. 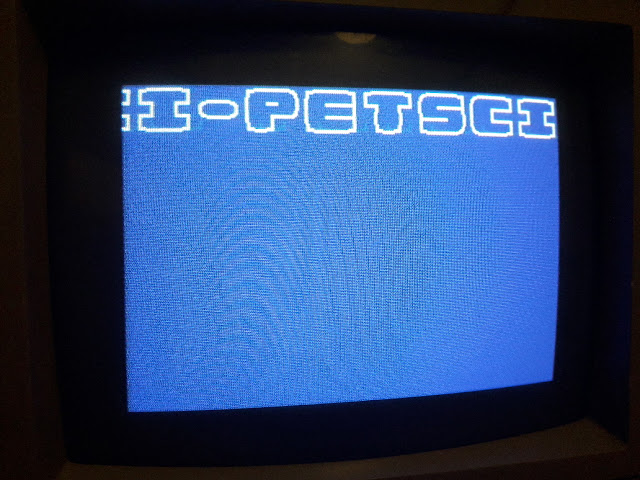 This time my excuse was that I needed to test the keyboard a bit more extensively.

And it works, I had really no trouble in getting to that BASIC programming mood with the BMC64 and the C64C keyboard.

A word of warning with the BMC64 emulator: Any changes to the attached D64 disk image will not be preserved if you don't detach the image first! So if you save your BASIC program to the attached D64, always remember to detach it before shutting down.

I also tried my go-to game for testing joystick lagginess, Buck Rogers (catridge image). Playing with a TAC-2 joystick I can feel a tiny bit of lag if I really concentrate on it. The BMC site says the joystick is only read alongside the screen sync, considering that it's not bad at all. Most games would probably poll joystick once a frame anyway, then depending on how it's done I guess the lag could vary.