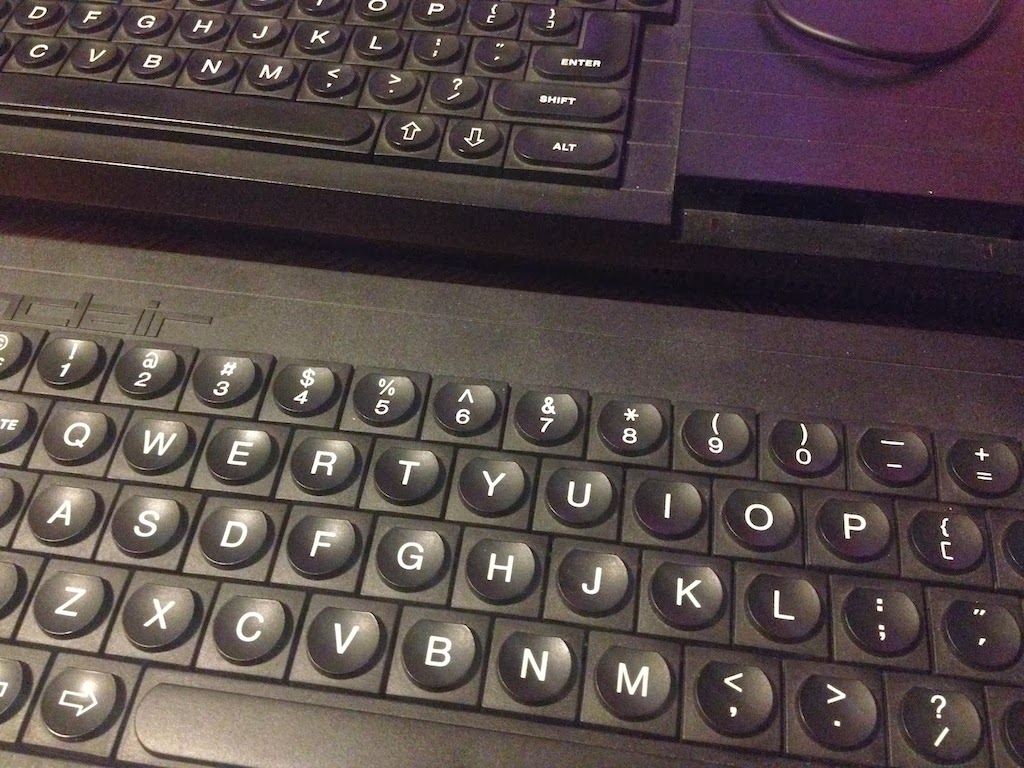 The service and user manuals are a bit silent about what kind of cable is used for connecting the computers. Even the internet was a bit unhelpful. It almost started to seem like the best kept non-secret on the topic of Sinclair machines. In the end I just looked at an auction photograph and decided that the Sinclair net cable appears to be identical to a 3,5mm mono audio cable of a "phone plug" variety. Pretty much what was used for loading tapes on a Speccy.

A short cable might be preferable. Only one is needed for connecting two QL's for two-directional transfer. It doesn't seem to matter how the cable is connected on the two available connectors. But, at least in case of ZX Spectrum/Interface 1, you are not supposed to "loop" the network if you have multiple computers. This might hold true for QL too.

In SuperBASIC, each of the computers are given an ID via the NET command (1-64). After this, the neti_ and neto_ can be used to indicate input and output for the appropriate identity, such as neti_1 and neti_2 in this case.

On computer A, type
NET 1
and press enter.

On computer B, type
NET 2
and press enter.

The screen memory (32k) of the computer A will be filled with the contents sent from the other QL in about 11 seconds. LOAD, SAVE and LRUN work too.

Edit: There was a horrible mistake in the above (both loading and saving using neto_2) but it is now correct.

neto_0 and neti_0 can apparently be used for broadcasting and receiving on every ID. The manual says broadcasting more than 256 bytes is unreliable, possibly because there's no two-way protocol when broadcasting. So things like sending screen memory the way described above, is not likely to work with "broadcasting".

It should be possible to OPEN channels (OPEN #10,neti_) for printing and inputting text, but this is also not so straightforward. Perhaps with machine code.

Whether it is possible to hijack the signal with a PC (or, say, Arduino) I don't know.
Posted by Tero Heikkinen at 17:50