It's not often I have the same film in multiple formats and editions, so I decided to make a little comparison from still images.

Day of Anger (I Giorni dell'ira, 1967) was directed by Tonino Valerii and it stars Giuliano Gemma and Lee Van Cleef. I tend to think it as an above average spaghetti western, but not outstanding. Admittedly it belongs to an earlier stage of Italian westerns and thus perhaps more innovative than it now seems.

Well, anyway, to the picture quality. I have an italian DVD from "Medusa", which does not have english dubbing or subtitles. So I eventually acquired the Blu-Ray/DVD combo, recently released by Arrow media.

(To see the bigger images properly, you have to click on the images and open them in a new browser window.) 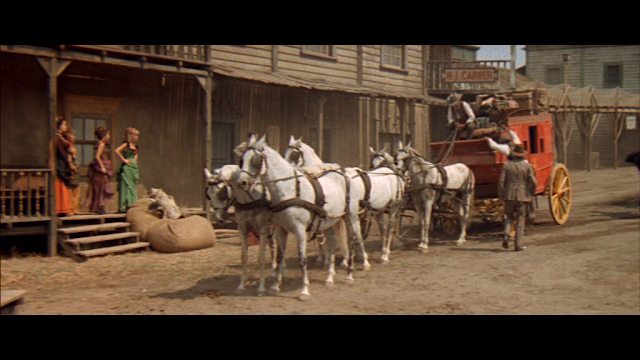 Even without having anything to compare to, the Medusa DVD does not seem so good. However, the image quality is much better than many cheap spaghetti releases. 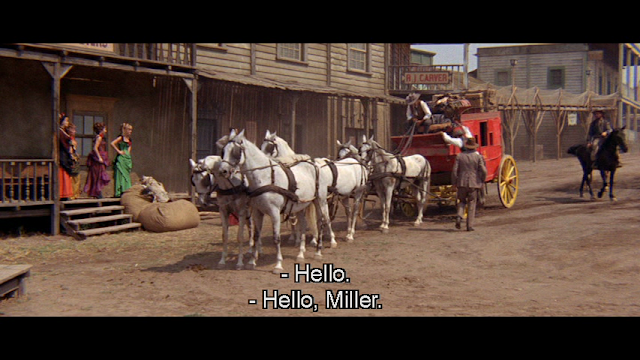 Focusing only on the horses, there seems to be not that much more detail, but then I realized the cropping in the Medusa version :) Overall, the image is of course sharper and the colors are clearer. 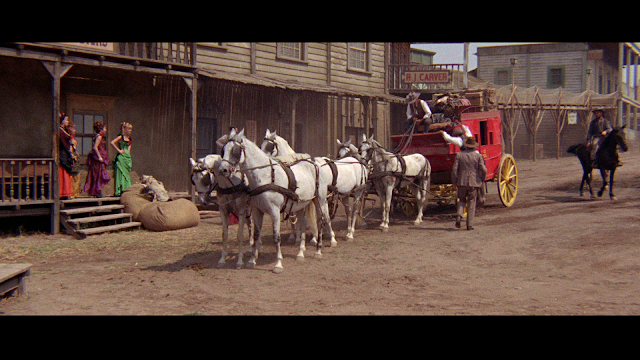 Posted by Tero Heikkinen at 22:41 No comments:


I bought a desktop PC at the very beginning of 2007, built from parts. It was pretty good for a while but I eventually became disappointed with it, not the least because of Windows Vista and some poor behavior with the graphics card. I did change the graphics and the power supply around 2010, but did not go all the way with the updates. Then I got a cheap-ish Mini Mac and sort of cast that noisy hulk aside.

In the back of my head I kept thinking it could be revived with a suitable Linux distribution and some thought-out hardware upgrades. I knew the motherboard, Asus P5B Deluxe, had a good reputation for upgrading and overclocking. Only recently I got around to doing this.

Here's the changes I made, in order:

New hard drive: This was the first step. It would have been pointless to install Linux only to find it would be slowed down by the old, noisy hard disk. The size was not that important, I changed the old 320 gigabyte drive into a 500 gigabyte one. The price was about 60EUR.

New processor: Frankly, I never believed I would switch the processor. But it was now cheap (15EUR) and I also found that changing the processor is simpler than I thought. I did have to buy that silver goo, though. (Something like 10-15EUR too?) From a 2,13GHz E6400 Core 2 Duo I switched to a 3GHz E8400 Core 2 Duo, with the intent to do some mild overclocking.


Memory: I upgraded from 2 gigabytes to 4. The main reason was that I could with good conscience overclock the processor to 3,6GHz. The 800MHz DDR2 memory can keep up with it. These cost me about 30 EUR.


The overclocking from 3GHz to 3,6GHz was surprisingly painless. The old fan is sturdy enough to keep the temperatures low in everyday use. Here I set the core voltage to 1.25 and have encountered no problems as yet. This overclocking resulted in somewhat less than 20% speed improvement, but I think it was worthwhile. From what I've read on the net, the 3,6GHz ought to be a pretty good sweet spot of overclocking without yet having to worry too much about side effects.

All in all, I think I spent less than 150 Euros to bring back 8-year old hardware to life. The most expensive part was the hard disk which I bought as new. The other stuff was bought from net auctions and Linux is of course free. Obviously the 2010 purchases were a bit more costly but that was a long time ago...

This old horse is now faster than the Mac Mini and a lot faster than my Asus Chromebook C720. I might justify making it again as my main desk computer. I could have gone even further, but more extreme choices could have upped the price with relatively little improvement. Going a lot over 200 Euros I might just as well have bought a new cheap computer.

Edit: I noted that the speed improvement after overclocking was not quite as large as I expected, based on tests with my previous memory. It turned out I had to manually set the memory timings to CL4, that is 4-4-4-12. When I had used the SPD automatic settings it had apparently reverted to CL5 which is somehow worse than the original situation. Now with the manual settings I'm closer to the 20% speed increase.

Note: the small SSD drive, taken out from the C720 chromebook, makes a huge speed difference in boot time and overall desktop experience, even if it is not the main drive. If only I had thought of buying an SSD before instead of the WD drive...
Posted by Tero Heikkinen at 21:44 4 comments: