With the recent announcement of "remastered" features to Quake, I became inspired and bought Quake off Steam.

There are various conversions and re-creations of the engine on various platforms, but this I felt was an official and definite version so I took the plunge.

As it's Windows-only game in Steam, it again needs Proton to function on Linux.

Apparently it's not 100% out-of-the-box experience for everyone. Looking at some of the tips at the protondb, I got it to work on my Mint 19.1.

The version of proton might need adjusting. Some have had success changing the proton version at steam game-specific properties/compatibility to 6.3-6. At least this was necessary to me.

...in the case the video playing is suspect.

I've understood getting multiplayer to work can require the use of protontricks. I chose not to try this at the moment.

As for the game, although it is a milestone in the history of fps I don't remember being particularly impressed with it in the 1990s.

Amusingly, Quake also became a symbol of gaming for the already gaming-negative Finnish demoscene, as "kids" playing Quake LANs had begun to take over the Assembly demoscene event. "F*ck off with your Guakes"(I'm paraphrasing) became the enduring demoscene motto and catchphrase for all demo-related events, and can be heard semi-seriously to this day.

But anyways. Quake felt somewhat strained in its dark-brown, pared-down world. Compared to Doom, Quake relied more on teleports and surprise traps, mechanisms and such. It was ambitious, and perhaps didn't always succeed in what it tried to do.

Now that I have a good mouse and a smooth framerate, it's easier to appreciate the speed and precision of movement and playability. Yes much of the single-player game is the trial-and-error save/reload fare typical for the era, but it is enjoyable.

Posted by Tero Heikkinen at 15:03 No comments: 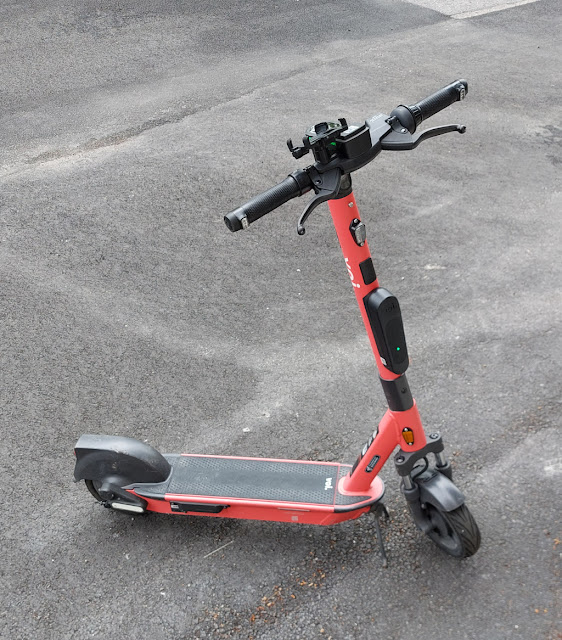 The first summer these were around Helsinki, much like everybody else over 30 I scoffed at the forests of abandoned scooters at every street corner.

I have had some weird attraction towards small and quirky bikes such as the foldable Sinclair A-bike clone I discussed years ago, so it was perhaps inevitable that I'd at least have a go at this fad.

Generally I see vehicles as something of a mixed blessing: yes they'll help get me around but they'll end up being shackles at the same time. The routes may be limited and I'd have to figure out parking and worrying about thieves and damage and insurance and so on and on.

Trying out the scooter was a sort of cascade effect from having a new phone and trying out new apps. Why not Voi?

After the initial fuss of setting the payment method, the app shows the available bikes on a map and I can then select and verify (or use the QR code scanning method) to activate a bike. 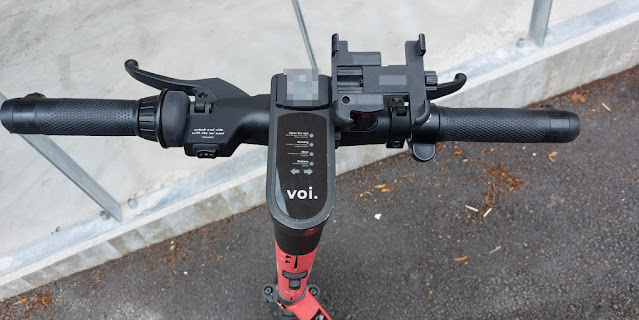 As a newbie, I was slightly puzzled as to how to get the bike moving, but as the app informed me it's simply kicked into motion at first and then the GO button becomes responsive. Clever. I did once find it unresponsive after stopping to a pedestrian crossing, not the best moment to find this out. I guess the initial push is better done briskly rather than too carefully.

I weigh about 80kg so this may somewhat impact the experience that may be aimed at somewhat younger and lighter person. But certainly the engine is able to deliver the top speed easily. Using a GPS-based speedometer app I was able to verify the top speed of 25km/h.

I've read news about people getting broken bones from this to the point it has been a minor crisis in hospitals. Mostly this has been due to drunk driving and doing foolish stunts, but apparently even some responsible drivers have become hurt.

I've approached these extra-carefully, though. I only dared to make my first attempt in a park, and since then I've pre-mapped the areas I've felt had consistent cycling routes so I don't have to mingle with cars on the same lane. It serves well to have an idea about "situational speed", i.e. reduce velocity whenever any kind of complexity approaches.

In any case, even if the ride is smooth enough on a level ground, it can already be somewhat uncomfortable even over the smallest obstacles. Just reduce the speed again. Unlike with a bicycle, I really don't see an opportunity to free my other hand while driving, it's that precarious. Still I don't see why this would be less safe than a bicycle.

With my grandpa-driving style it looks like the average speed from point A to point B has been closer to 12km/h, half of the maximum speed.

There's an element of gamification here; the app keeps track of "points" awarded and it's possible to get discounts by driving more. I suspect that calculating this scheme likely reveals it's not that cheap in the long run and at one point it might be meaningful to own a scoot. 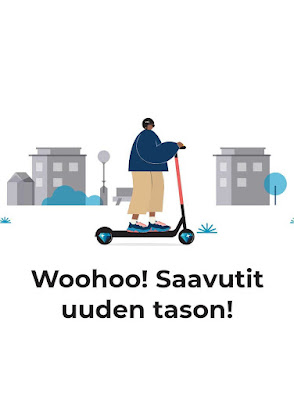 Looking at what's available, I was somewhat dazzled by the apparently dozens of manufacturers pushing their product. But I learned the "Voiager 3X" is nearly the same as a Segway Ninebot G30 or a Xiaomi Pro 2, so perhaps it's a good idea to start from their specs and work upwards with desirable features. (Edit: More like Segway Max 2.2 Pro, apparently)

This also reveals the underlying tech might be largely the same in many models.

-Maximum Speed. Not all deliver the full 25km/h.
-Maximum Range. 20km is typical, some go for 40km+.
-Watts. This helps give torque and the scooter can deal with inclinations better.
-Extra battery options? Some models may allow extending the range (and weight) with another battery.
-Weight. 12kg is not untypical.
-Folding? A rather important point for carrying, especially if it's heavier.

Obviously there would be ergonomics, build quality, wheel quality, style and other details.

But it's clear if I want many features, it probably adds to weight and cost. There's a point where a kickbike ceases to be an electric kickbike but an electric vespa without the form factor, and I'd hate that.

But certainly, given these have a low top speed anyway, I'd prefer to have the "full" 25km/h. So that's a must. Range is not enormously important to me, and the region doesn't have that many hills.

Trying to come up with pros and cons of a rented scooter:

+Don't have to bother about carrying, storage, thieving.
+Don't have to worry about the bike ageing, battery ageing, other wear and tear.

-Theoretically, one might not be available nearby.
-After the season closes they are taken away.
-The available traveling zone might be too limited.
-Eventually the service could end up costing more than a bought one.

Owning a scooter would then reverse these. Carrying and placing the bike would become an issue, and I'd have to think of the lifecycle and repairs. But I could also drive it off-season and elsewhere than in the city.

Especially I'm wondering about the overall battery life, which might be as little as around 1-2 years, and I'd expect them to weaken noticeably long before that. Replacement battery price (probably around 200-400€) would need to be factored in, if the main concern is price.

Posted by Tero Heikkinen at 12:37 No comments: