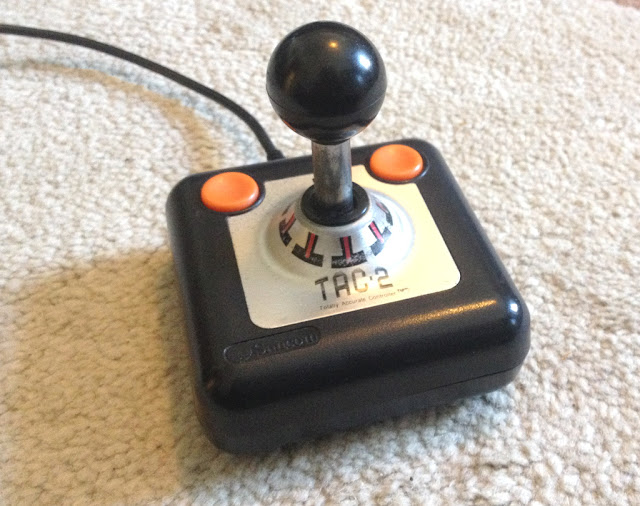 A tiny project, but food for thought never the less.

The Suncom TAC-2 is very nearly the perfect joystick for 8-bit games. Tiny, crisp, with short travel. Yet I have to admit the fire buttons have a slightly vague response and are prone to dirt problems.

So I thought it could be interesting to replace the fire button contacts with a microswitch. I'm not a big fan of microswitches as they tend to be a bit noisy in the home environment (I'm looking at you Quickshot II Turbo) but I suppose one fire button would not result in a cacophony.

Then I opened the joystick, admired the insides and spent some time trying to find a good location for the switch box. I had two varieties of microswitch, the bigger comes with a metal lever actuator on top of the box and I saw this would be easier to set to place. I have no idea if these switches are well suited for video game controllers.

It appeared that the simplest route was to carve a slot in the thin vertical protrusions. I also made small grooves to both sides of the micro switch box, so it would not fall out of the slot.

My first attempt was a bit too hasty, and the slot ended up too far from the fire button metal plate. Fortunately TAC-2 has very neatly designed insides, so I could insert the original part back over the failed groove. Attempt 2 hit closer to the mark and the resulting hole was more accurate besides. 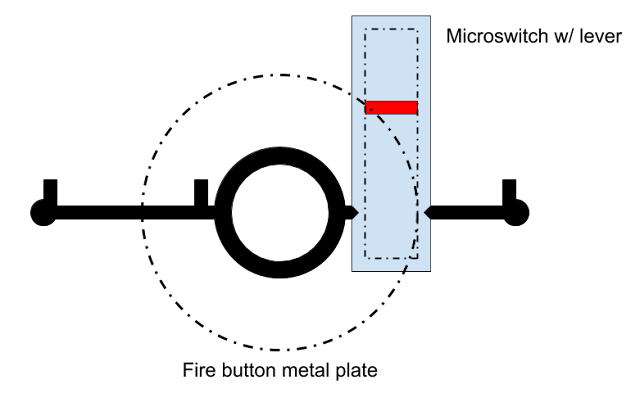 The above image shows a not-to-exact scale of the microswitch position in relation to the plastic protrusions under the fire button. The grooves made to the switch are exaggerated. With the cables I did not break any existing parts, I inserted the new cabling to the pieces holding the metal flaps.


Although a levered switch is quite lenient, it still needs careful vertical positioning. Strangely enough placing the metal contacts against the floor of the TAC the metal lever is in pretty much correct position.

Much to my chagrin it did not work. Yes, the button gives a satisfying audible-tacticle response. But the C64 I tried this on seemed to miss button presses. The old fire button works so it's not a problem with the joystick plug.

Being a bit lazy I did not test the situation more closely. The switch itself appeared to work. Here's my thoughts:

Well, I took another microswitch, took a care not to overdo the grooves, widened the slot a bit to compensate, adjusted the positioning a bit. As a result the switch box is not as tightly stuck to the slot, but it ought to stay in place. 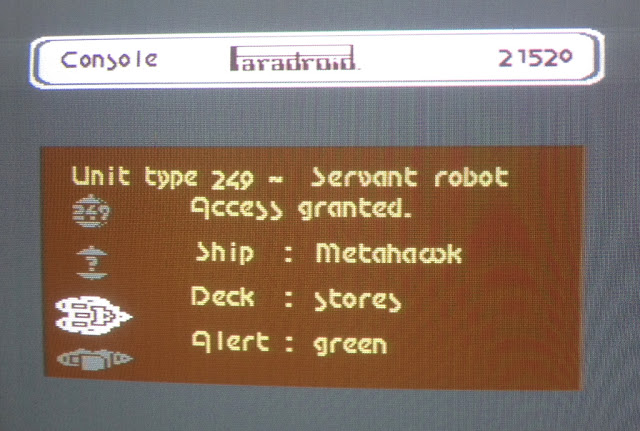 Is it good? Well, I played the best game of Paradroid ever on my Commodore 64. I was surprised to find that after the ship "Paradroid" there is another ship, "Metahawk". Well, it's the same layout all over so I got tired and gave up. Guess I was a Paradroid noob after all.

The mod is well suited to this game where it's quite crucial how and when you use the fire button. The micro switch is not that much noisier either.

I modded only one of the buttons, to preserve some of the historical crappiness.
Posted by Tero Heikkinen at 15:36 No comments: