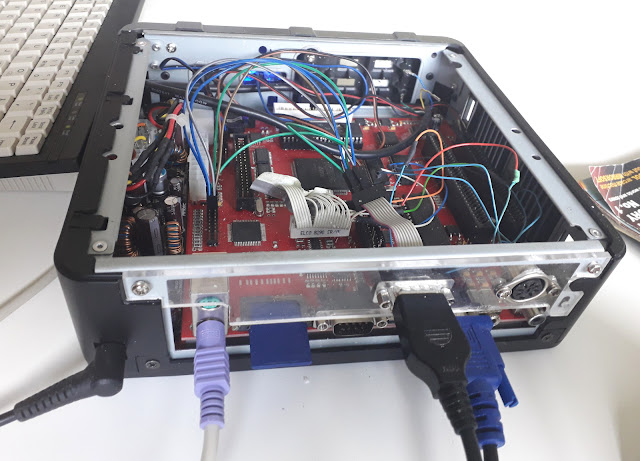 A tiny upgrade for my ZX Evolution computer, housed inside an Antec mini-ITX case.

As an aside, when I opened the case from the wrong side I noticed there's room for a drive below the motherboard. This has nothing to do with the joystick but I thought I'd add this memo to self here too. 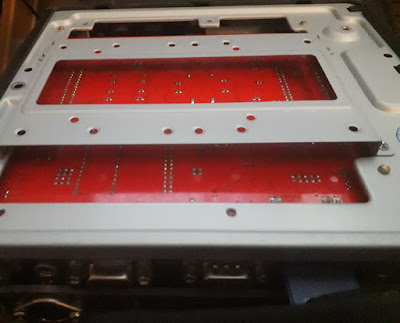 Sinclair ZX Spectrum had no definite joystick standard, even though Sinclair had provided their own with the Interface I/II. Many games offered the selection between Keyboard, Cursor(joystick), Interface II/AGF/Protek, Fuller, Kempston/12L...

I suppose most if not all, accepted an Atari 9-pin standard one-button joystick. How the inputs were read by Spectrum differed. The interfaces were produced by third parties, and some did not interfere with the keyboard input unlike the Sinclair solution.

Kempston was the most popular and became a de facto standard. As a child I didn't have a clue what the word meant, but now it's easy to check that Kempston is a town in the UK, and Kempston Micro Electronics is the company that produced these interfaces. They also made some joysticks of their own.

Even after other companies produced compatible interfaces the name somehow stuck. I guess British video game companies and Sinclair also preferred not to have the name 'Atari' shown around so it made common sense to call it something else.

The publisher Ultimate could have helped cement the name and the standard, as they supported Kempston in their games and their games were hugely popular of the early lot.

ZX Evolution supports the Kempston IN 31 standard with on-board pins, so there's no need to solder anything. I could also connect to the suitable keyboard rows to make a cursor joystick, but I went for Kempston/Atari.

I had a COM-port extension back panel for PC lying around, and after salvaging the actual connector it could be used as the joystick port.

I had previously connected a transparent acrylic panel to the backside of my ZX Evolution case, which houses the likewise DIY connector for RGB.

This kind of plastic is a bit too hard and tends to break when mistreated. At least the two holes on both sides of the connector are smooth. 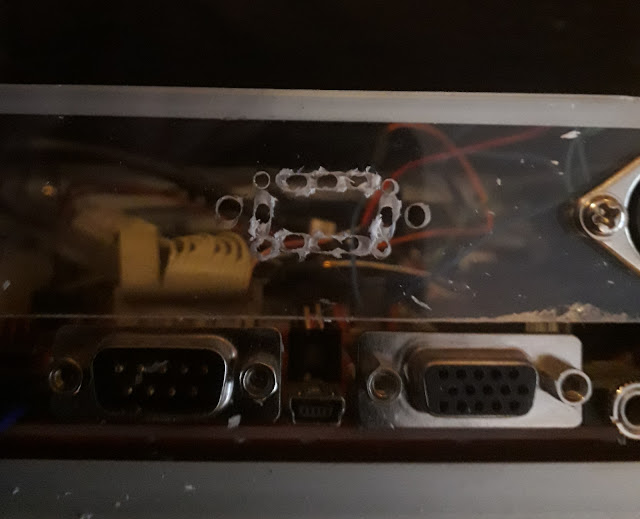 I then continued to drill holes to cut out the shape for the interface.

I turned the drill along the direction of the cut to get it behave bit like a saw. This is something I should not have done, but I had no other solution at hand and the whole piece of acrylic might have fractured had I used a larger drill. 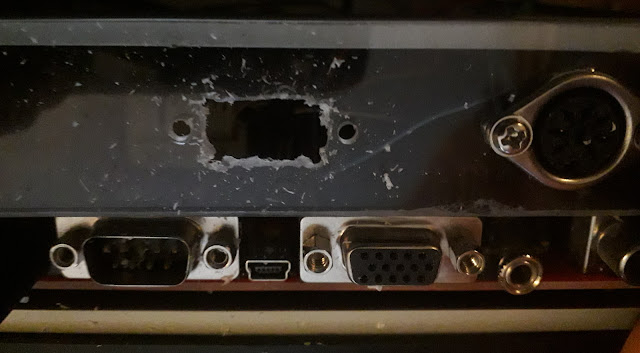 I finalized the cuts with a small saw and the center piece fell out. The result was smoothed a bit with a file.


It's a bit crude as the connector is attached from behind and doesn't have the covering piece of metal the RGB connector (that DIN a bit further off) has. However it stays in place firmly and that's enough.

At the top, the new 9-pin Joystick port and the RGB connector. Below: SD, RS-232, micro-USB, VGA and audio/tape plugs.

I had a go at Atic Atac using a TAC-2 joystick. This is the first Spectrum game I recall playing with a joystick, and to my surprise I could now complete it easily. Just remember not to eat every 2nd food so you'll have more spares later :) 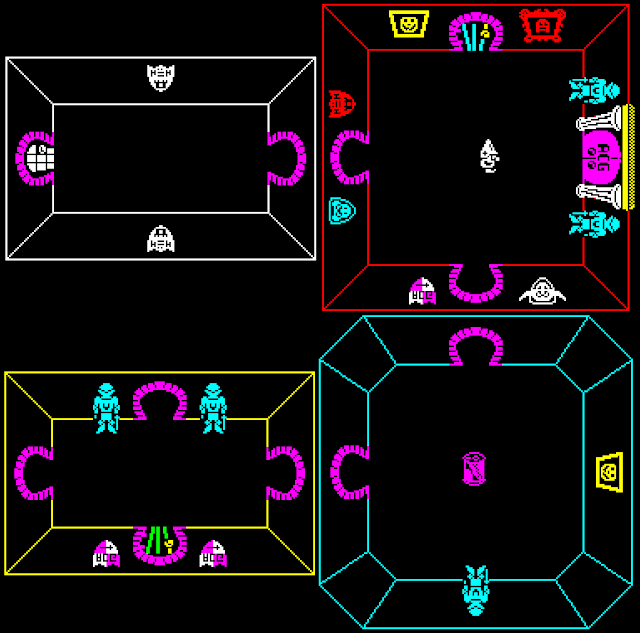 Posted by Tero Heikkinen at 11:57 No comments: