Johnny Mnemonic and your dad's cyberpunk

Only recently I got to see Johnny Mnemonic (1995), based on the William Gibson short story. Given the bad reputation I found it to be surprisingly nice little film. Surely the acting and directing is not that great, but there's lot of cyber-cheese, inventive sets and visuals. These 1 and 30 minutes pack quite a punch. Thanks to Marq "the Finn" for delivering the goods. 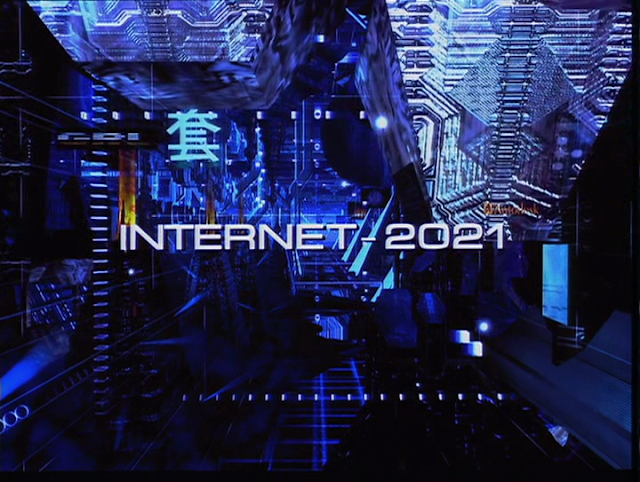 A lot of man-machine interaction: 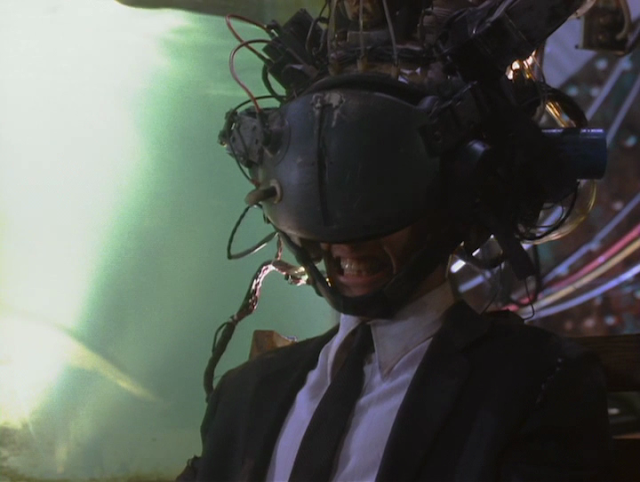 Why is the AI always an ethereal female? 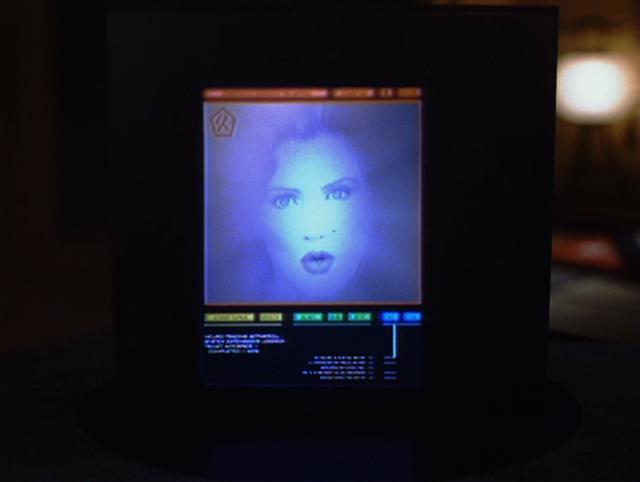 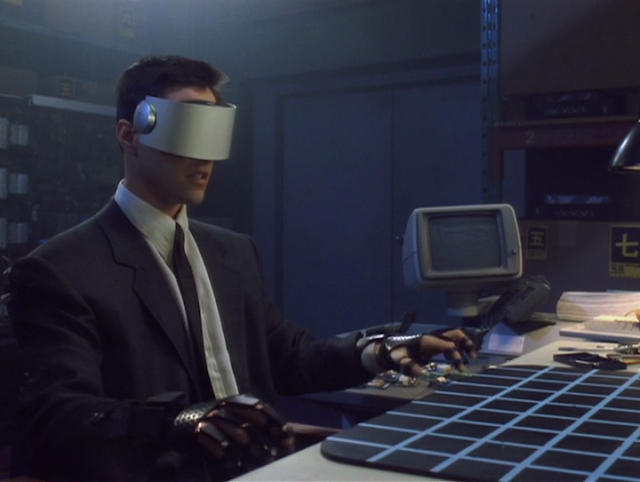 What it amounts to is a glorified Excel? Minority Report, eat your heart out: 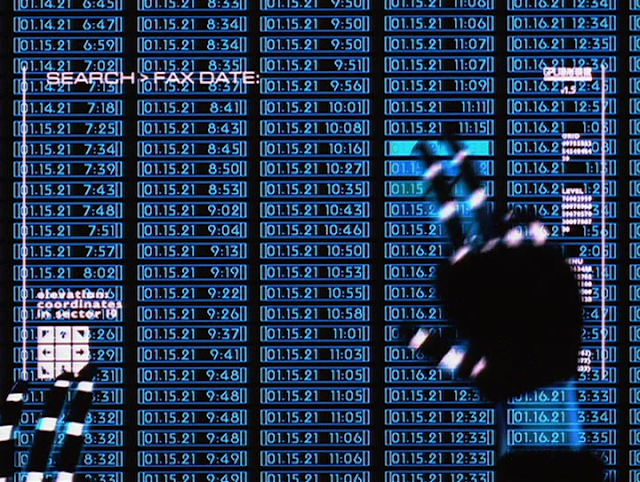 Of course, the entities met in Cyberspace are distorted, disembodied heads and generally incomprehensible visuals: 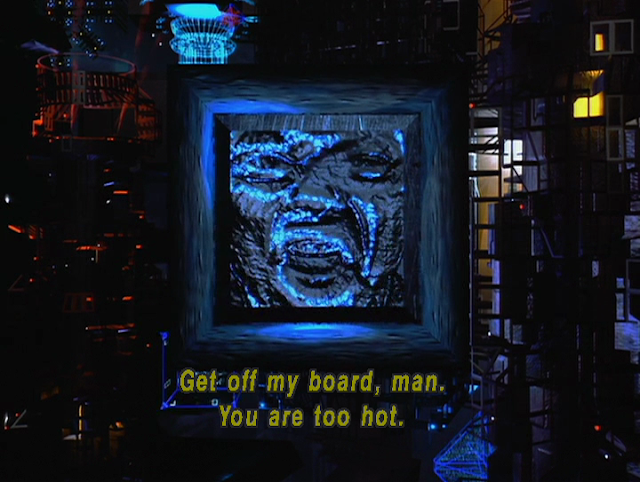 In any Cyberpunk setting, The Rich live classy: 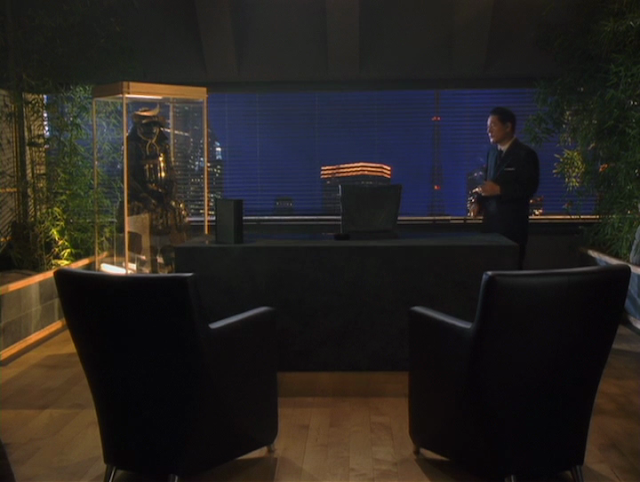 While the poor are left to collect scraps: 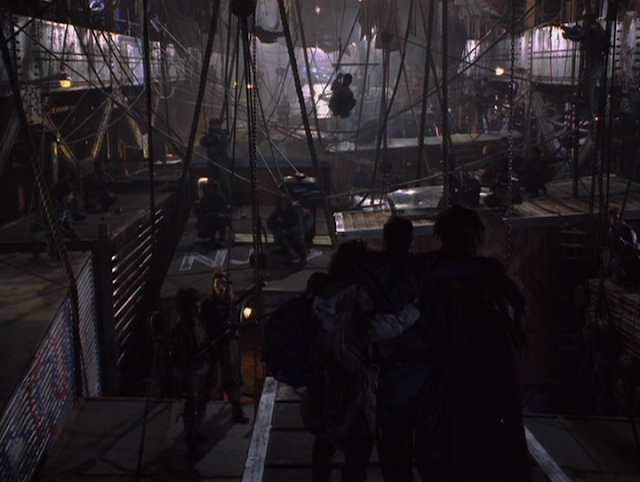 Big corporations piss on your humanity. Perhaps a shock to the system is in order: 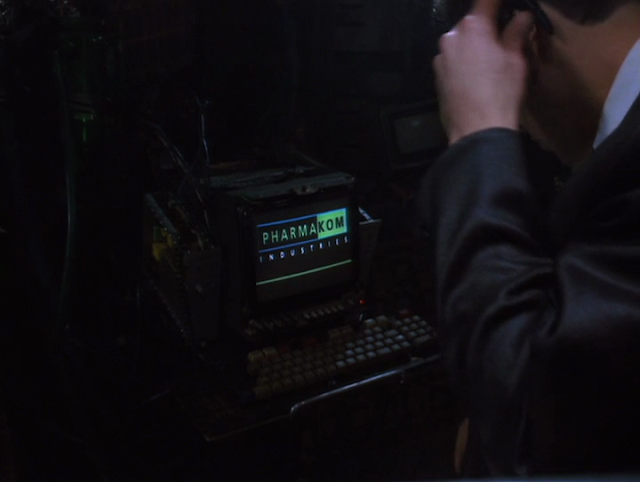 And that's not nearly all! I wouldn't even think of spoiling some of the best stuff. All in all it's a pretty good visualization of Gibson's universe. It's hardly Blade Runner-quality but an enjoyable treat and possibly the most pure filmatisation of what Cyberpunk meant back in the day.

Posted by Tero Heikkinen at 17:03 No comments:

Recently, there have been some rumors about new models of ZX Spectrum and Commodore 64. Whereas we've lately seen the ZX Spectrum Recreated and the Spectrum Vega /plus game console, the Next promises to be something more like a real computer, like the ZX Evolution. Following the blueprints of C64 Reloaded, Individual Computers seeks to produce both new cases and new stock of the Reloaded. There's also a funding campaign for something called THE 64, which sounds a bit too ambitious to be honest.

Although the new computers would be compatible with their respective originals, they are not exact replicas. And why would they be, really? The world deserves a better C64 and a better Spectrum. Such a project would also open up the possibility for further "cloning" with contemporary means, ensuring the platforms live on.

Anyway, all this made me think, what would I like to see from such a project?

Overall, the new computers could be more flexible for building different types of cases and input/output solutions. The 1980s home computers were notoriously closed products. Many connectors could be made as header pins, and the responsibility for building the less often used connectors would be up to the owner or third parties.

There are two schools of thought about the video output. Others would like a current (hdmi) video output for modern displays, whereas others see old-fashioned monitors and TVs as a must. One possibility is to have modular video output, you'd only get what you need. However it can be a bit of a space-waster really. ZXEvo has it pretty good, a VGA output and then header pins for RGB.

Given this overall idea, below are my wishlists. These are simply fantasy as I can't really plan this type of stuff.

So, quite similar to ZX Evolution really. The major difference is trying to make it fit in smaller space and leave out certain things. I'm not too keen on new display modes, but why not.

If there has to be a new case, borrow ideas from 128K Spectrum or Sinclair QL, but a bit flatter if possible. The QL keys looked cool but I guess they have to go. The Next renders look good but in my opinion round shapes never quite belonged with the Spectrum... What I'm looking at is a keyboard-less case, that could be altered to integrate a keyboard. 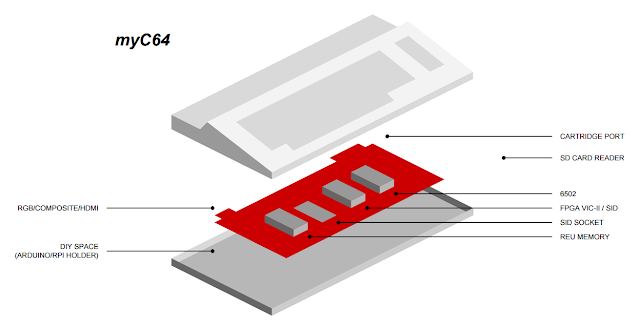 The C64 is a tricky thing. With Spectrum, the specs are simple and there's also some precedent for ignoring them. Consider the Russian scene for example, who have very nearly redefined what a ZX Spectrum is. But with Commodore 64, fans would not be satisfied with anything less than a timing-exact, perfect, real thing.

If there's a new case, it would be C64C-style, and forget the original brown breadbox colors. Yes the breadboard is nostalgic but it's a bit too tall and ugly to be honest. With keyboards it's a different thing. Many functioning originals exist so it would be wise to allow using the genuine item. This pretty much then defines the form of the computer. Proper arrow keys would be welcome, though.
Posted by Tero Heikkinen at 12:24 No comments: