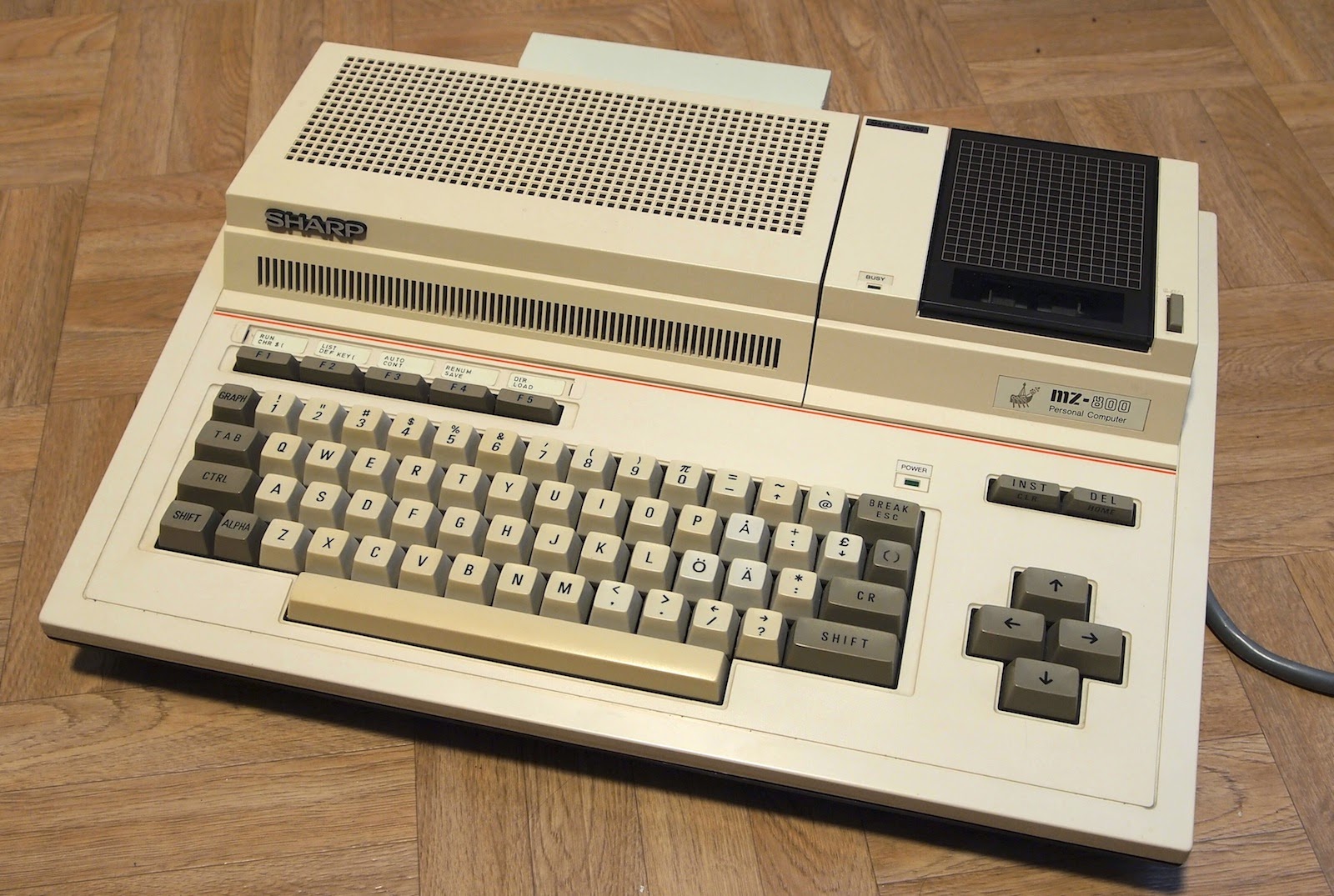 Judging from appearances alone, I always felt this 8-bit computer was aimed for a slightly more serious market than C64 and the like. It doesn't even have BASIC in the ROM. This is both good and a bad thing. On the one hand, there's less memory wasted, and different languages are treated equally, possibility for CP/M etc. On the other hand, there's less for me to play with!

There's only a really rudimentary hex monitor that allows viewing, editing and running of memory contents. Typing MC000 for example, starts hex code entry starting from the address $C000. SHIFT+BREAK exits this entry mode, and typing JC000 runs the code. And that's about it. S and L are used for storing and restoring data, and the disk drive has its own commands.

At the back there is a respectable array of connectors. The protruding box contains the floppy disk controller and serial ports, I suppose. (The cable dangling out of the disk drive is inserted at the wide connector)

Then at the bottom there are RF, Composite video, RGB, Tape in/out, Joystick and printer connectors. The video image was reasonably good so I don't think building an RGB cable will be necessary unless perhaps for the 640x200 pixel mode.

This MZ800 is equipped with the disk drive. Sadly the format is the quite rare 2,8 inch quickdisk. I've tried it out and it's reasonably fast although a bit noisy. 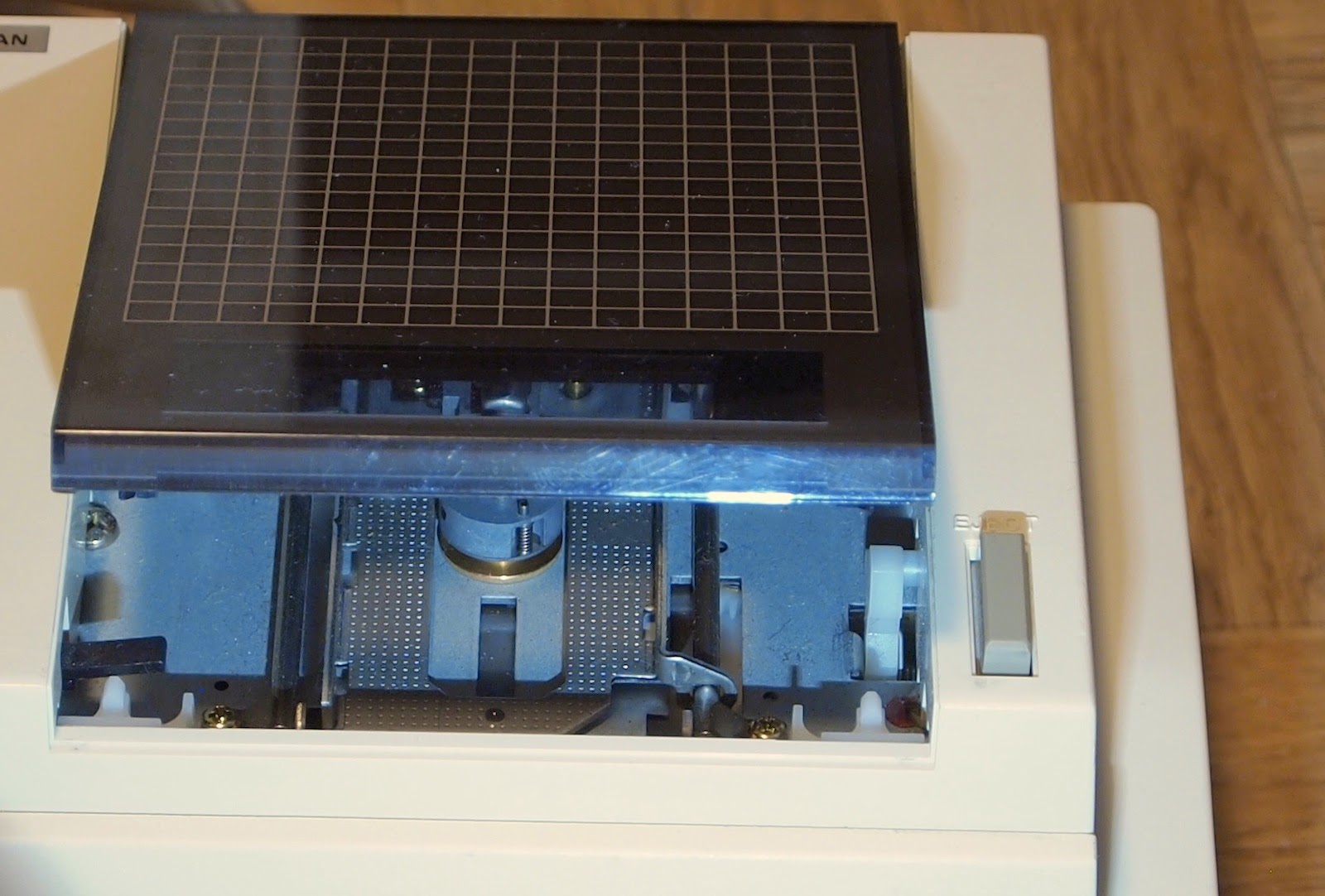 The Sharp series appears to be quite modular physically. The computer works just as well without the two large boxes on top of it. By no means a bad idea, as this would help avoid cluttering the desk. Also the peripherals would be very firmly connected to the main board. But it has to be said a lot of air and plastic is held inside the overall computer envelope... 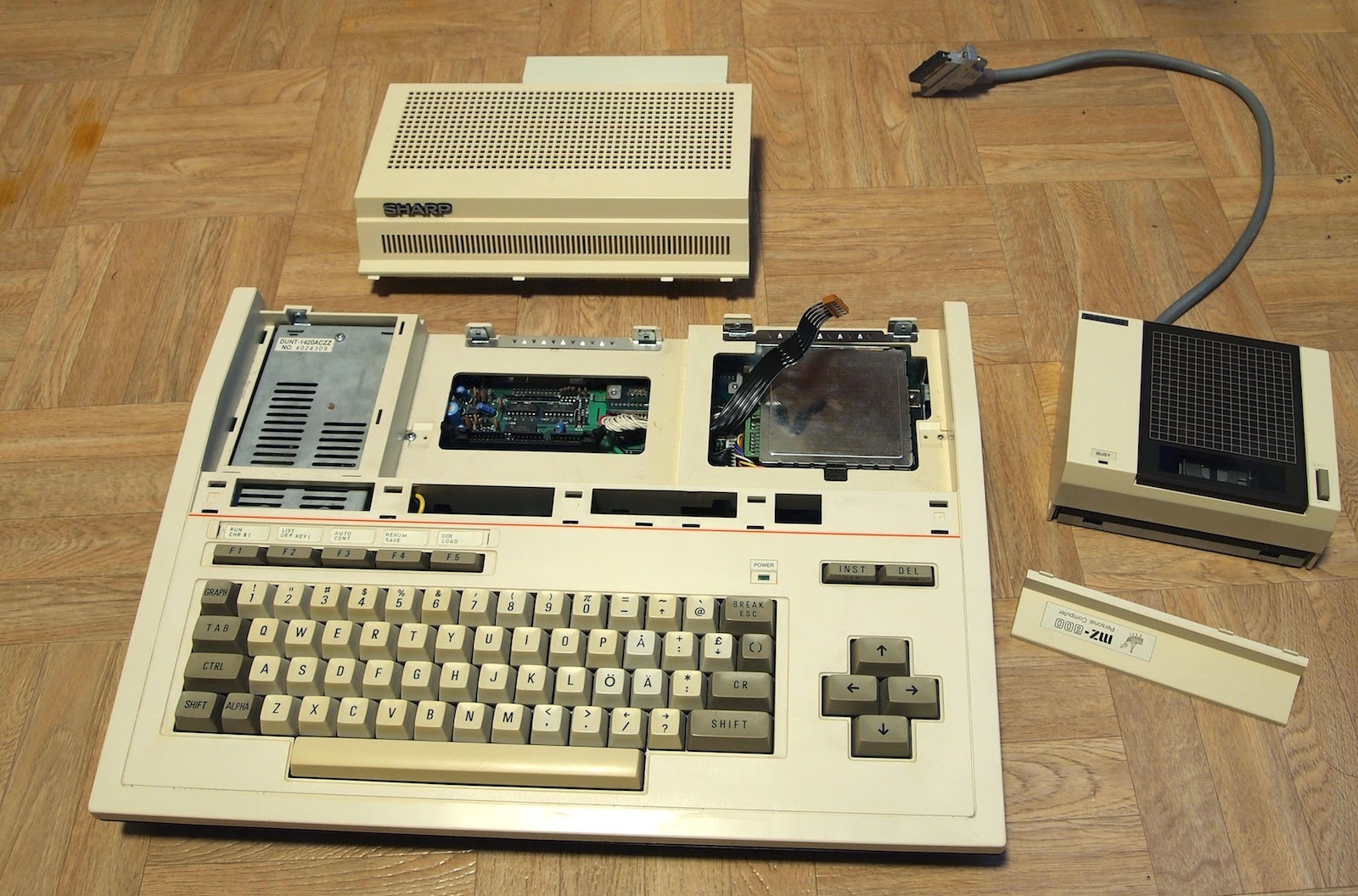 In fact, the motherboard is only somewhat larger than was typical at the mid 1980s 8-bit home computer. At the middle there is the Z80 processor, the Scandinavian ROM (with the paper label on it) and a Z80-PIO chip. The pin connector nearer to the top left is where the floppy controller/serial module is attached to. 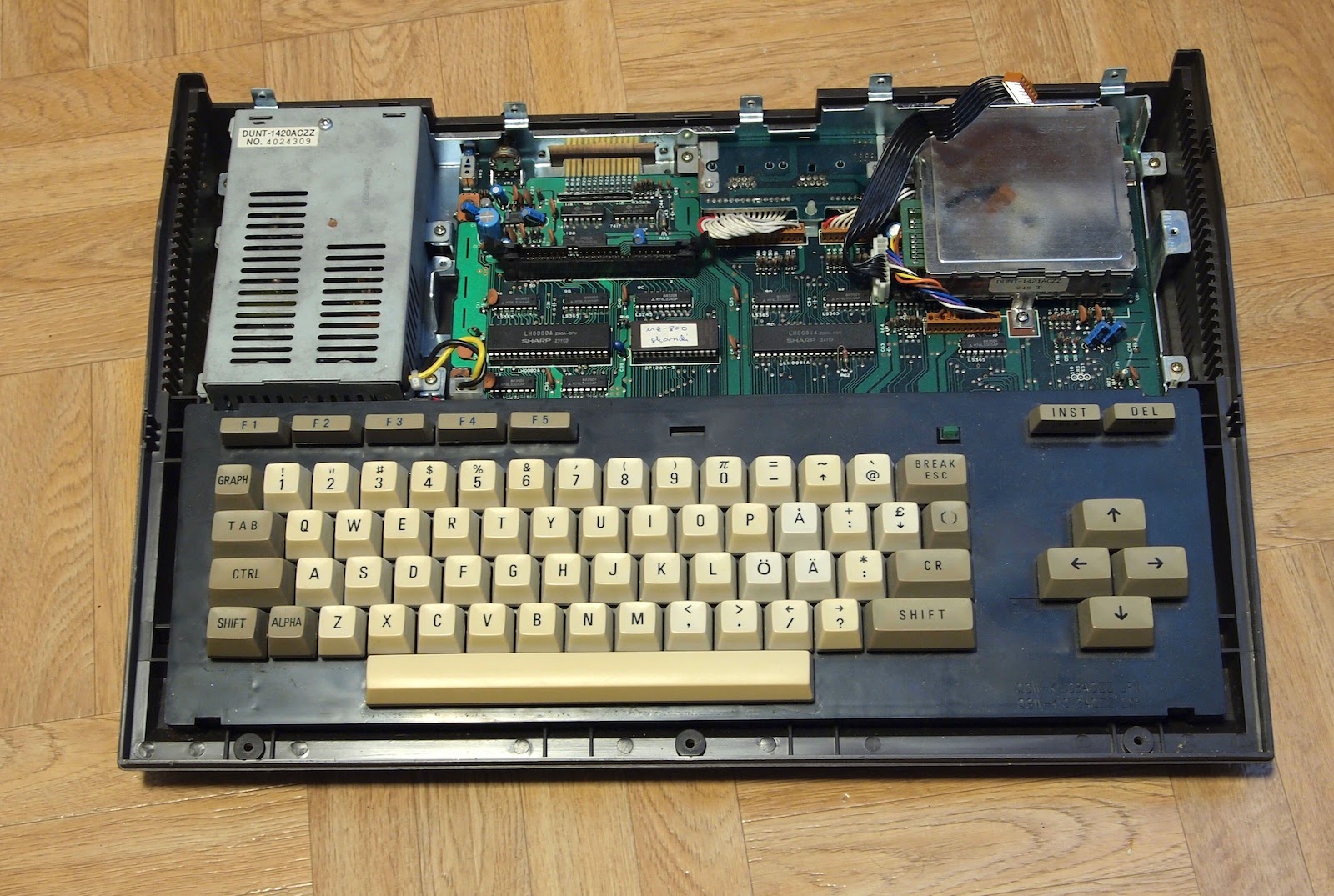 The image below shows more of the board. Also a huge loudspeaker. I guess the chip at the right with the zillion pins from all four sides is what drives the graphics, among other things. I'll write more about this quite interesting computer, when I get it to do something...