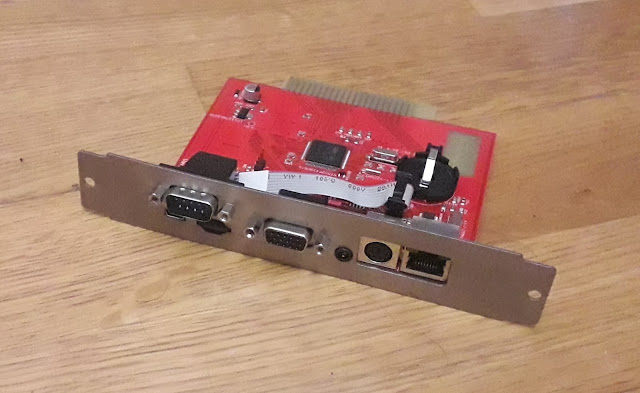 I got this Unicard for Sharp MZ-800 from Marq. The first idea was just to borrow this to see if my Sharp showed similar problems, but I became an owner in the process.

For him, the 4-colour screen appeared 2-color, plus there were other hiccups. This might have been a faulty VRAM problem, but who knows. But at least 4-color screens are possibly only for 32K VRAM. Some kind of palette glitch could not be absolutely ruled out, either.

Well, after fitting the unit this much was immediately clear: my Sharp works and the Unicard manager screen has the proper 4 colors. 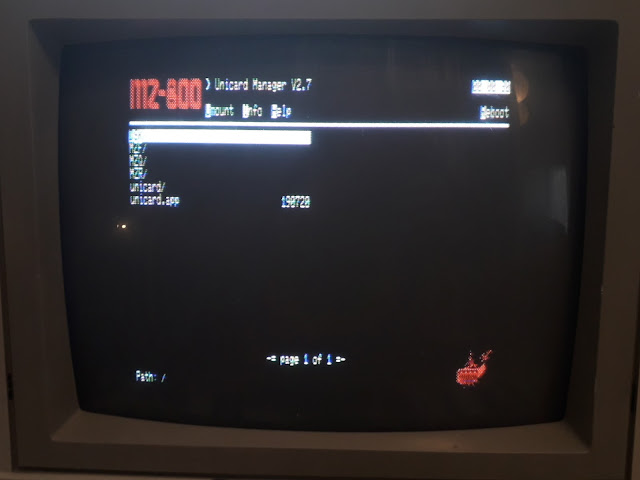 But in the process I found out a thing about my Sharp I did not remember: There were already two cards inside instead of one. Though my blog post about Sharp mentions the ports I'm not sure if I understood there were two separate cards.

In addition to the disc drive controller there is indeed a serial port card that gives 2 RS-232 connectors. This is the Sharp MZ-1E24, which is probably so LOOK!RARE!!11! I couldn't even see one on eBay. 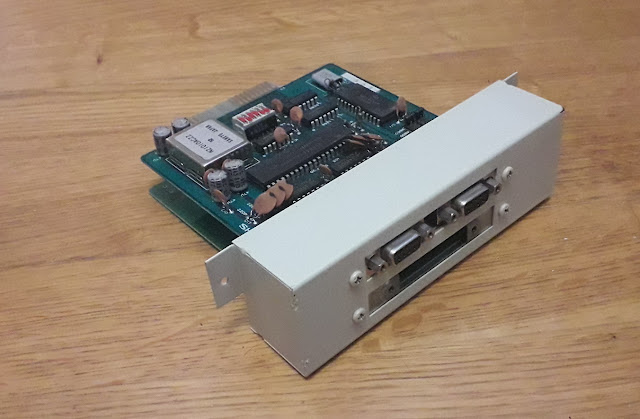 But I got more curious about why the Unicard couldn't fit correctly to the backside, and it looked like the custom fitting of the two-card system was to blame.

First I thought it was just the RS232 on-board plug getting caught in the roof of the metal sled holding the top card. Then it appeared the sled itself had become mangled, which made me really worry.

To cut a short story even shorter, turns out the RS-232 connector (Edit: not the VGA as I hastily wrote previously) at the panel doesn't fit well with the roof of the metal sled that houses the card. So the screws are impossible to fit and trying to force the card too much might break it.

After some consideration I pulled the Sharp top cover out. After all the case is modular and can be removed very easily. 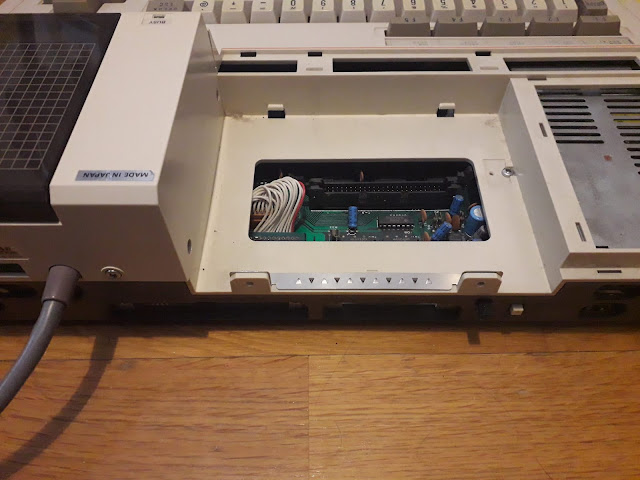 Looking at the metal sled it wasn't really that damaged. Still, as the material was soft enough I beat it into slightly better shape.

As a remedy for the VGA connector conflict I cut away a portion of the sled. Computer museum enthusiasts may facepalm now. 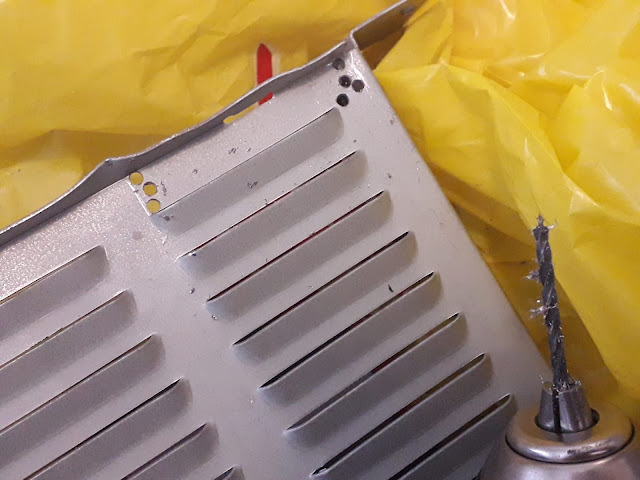 Digging out the correct sawblades sounded like inviting a wasted afternoon so I drilled holes using a metal drill and yanked the piece out with pliers.

More advanced pliers could have cut into that material without doing the drilling. It's ugly but won't show out. 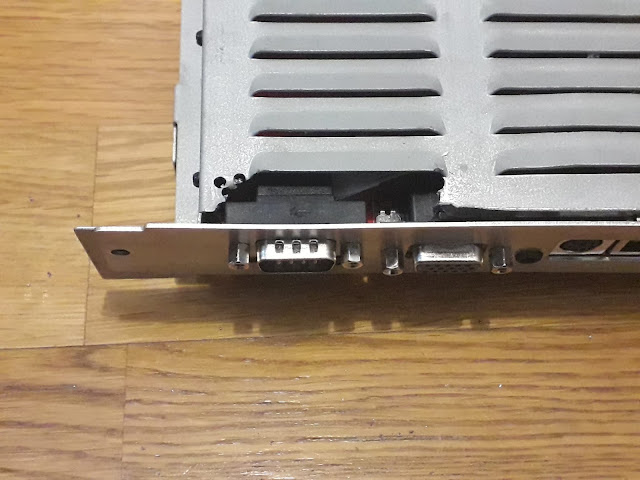 Now that I'd pulled the cover out I could conveniently pre-fit the card.

The end result is not very pretty because the already previously modded new opening below the proper expansion slot hole.

What does it do, then? That's a story for some other time and another blog post. It does have VGA, SD-Card, probably RS232, PS/2, Internet thingy and a micro-USB.

But at least as Marq had already put the software and firmware into shape, I can play Flappy. The composite image is very solid but very "patterned". That VGA connector might be put into good use later. 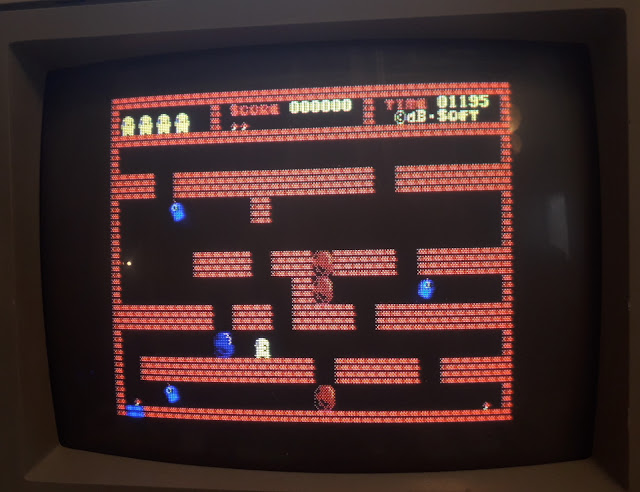