After I finished the basic original Quake levels on normal difficulty, I was still eager for some more primitive fps action. Without wanting to plunge into the next Quake chapters I turned my eye towards Half-Life 1 from 1998.

But then I remembered Half Life 1 had also been subjected to a sort of "remaster", the Black Mesa effort from Crowbar Collective, which had been made available as practically complete in early 2020.

The remastered Quake set some expectations to how an earlier game ought to be revisited. As a re-imagining of Half-Life 1, Black Mesa wavers between a remaster and a remake. 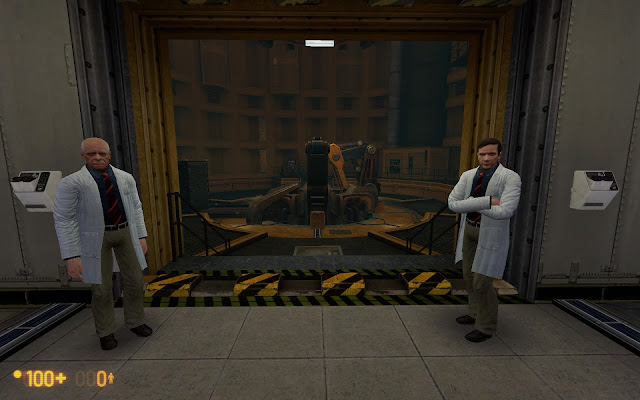 Is there a point in making a 1998 game look like it was 2006-ish game? This is at least partly due to the long, long development time. Years have passed and so-called AAA titles look even more gorgeous now, and in comparison this upheaval cannot really make Half Life look like a 2020s high-budget game in every aspect.

Still, in parts the game excels and surprises, like in the later Xen section, which has been boldly and lovingly remade into a gorgeous other-wordly environment, slightly reminiscent of Cameron's Avatar. Also, Half LIfe 2 has clearly been the visual guideline for the environments, and the look of that game has not aged badly at all.

It was only when I looked at a Half-Life 1 playthrough video I was reminded of how sparse and almost cartoon-like the original game looked. 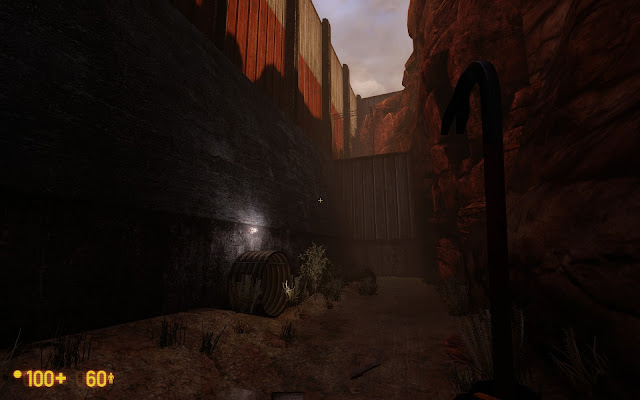 I could not bring myself to buy the original HL1, so I can't comment much on the subtler gameplay differences between this game and something I last played more than a decade ago.

Suffice to say Black Mesa plays more like Half Life 2, and my first impressions were that this is HL2 but with more primitive levels, something I was not initially too comfortable with. I mean there's a lot more emphasis on Quake-style three-dimensional jumping and mazes, and a thematic repetition of "solve 3 sub-sections to unlock 1" style structuring. Making the environments and spaces larger sometimes adds to the time spent on finding your way around.

And the spaces are larger. Everything that was small is now grandiose, large and more naturalistic and filled with detail. This is very evident in some of the outdoor battles, and the rocket launch silo and control rooms now have the space they really deserve.

You'd be forgiven for thinking the devs had reused the sound and speech materials of the original, but no, the music, sounds and dialogues are new and at places there is more dialogue. AI is different, and the weapon set, weapon behavior and availability of ammunition and such has also been changed.

Those eager to nostalgically revisit Half-Life 1 The Game, this might not quite be it. It might be something better, depending on how you feel.

It's obvious to me the game has grown in length, especially at the end. I put nearly 22 hours of gameplay into this according to Steam, more than I expected and perhaps wanted. I didn't stop for smelling roses and searching for secrets either. 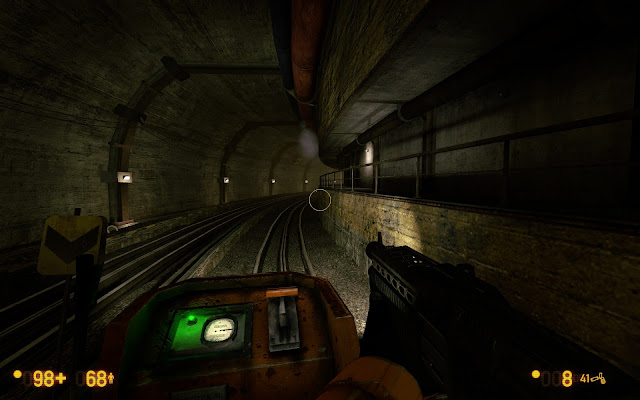 Admittedly there were a couple of sections where I was enormously stuck for a better part of an hour just because I couldn't spot a ladder on the wall and the game seemed to lead me elsewhere (Office Complex anyone?). And this could be a minor downside of the added detail, it's not always obvious what is the main thing to look at. This problem is greatly alleviated by having the routes signposted in more or less subtle ways.

Some sections felt they had been shortened, such as the underground train ride. The playthrough video proved my memory correct, the section was longer and had more interactive elements. I'm really happy with this decision as that part of the original could be really annoying.

A minor gripe might be that I kept using the flashlight in many places as the environments were now so dark, and this doesn't always look too pretty.

The Xen levels felt initially impressive and motivated me to go on, although I felt some of the later sections were again exaggerated and overtly long. If only I'd checked the clock at that point, it might be interesting to know the percentage of game left upon entering Xen. Based on feeling it's like I've spent 1/3 or more of the game time in post-Xen environments. 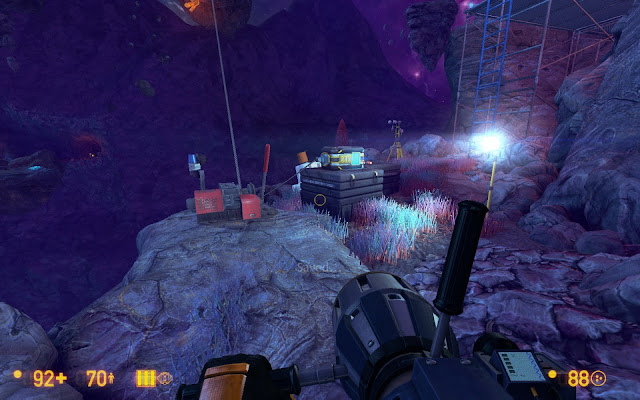 Some of the areas like the trash compactor environments with conveyor belts and the Xen counterpart, just seem to go on and on and involves a lot of jumping and timing, as if the game was hard trying to be Manic Miner in 3D. This is another aspect that has been more softly handled in more recent games, even including Half-Life 2. Again, judging on the Half Life 1 playthrough videos, Black Mesa is more lenient about certain kinds of puzzles, and there may be less critically time-based jumping and swimming puzzles.

As I can play this natively on Linux, I was also interested about the performance. The game worked nicely on the 1060 with 1920x1020 resolution, with nearly highest settings on in every category. I did end up removing FXAA anti-aliasing and motion blur, the latter didn't seem to do much really.

The game crashed really early on, not a good sign, but this did not happen more than 2-3 times overall during the 22 hour game time. Some other glitches occurred. First time I exited the giant giant elevator to the sky to meet the Nihilanth, Gordon got stuck minding the step after the loading pause, and I could only look around. Luckily I had a suitable save.

On a couple of visually intense situations the framerate dropped atrociously, and this kept going on for a while even if the visual clutter was no longer on the screen. The game might then recover or not.