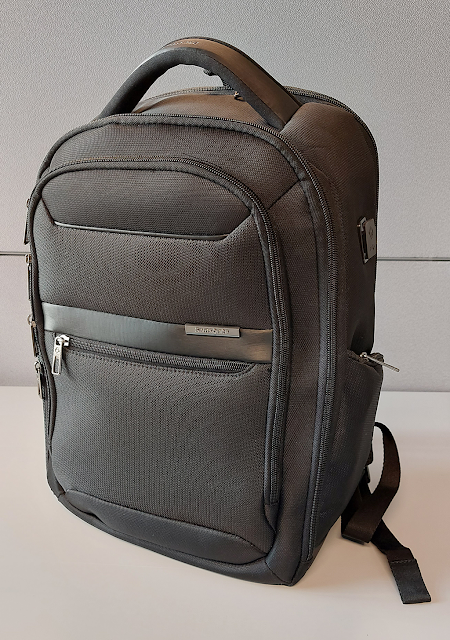 Why talk of a bag? Have I gone fashion blogging? Well, it has a USB extension.

Ok, it's a Samsonite bag for computer gear. There's small rubbery door that has an appearance of watertightness. Underneath I can find a USB connector.

There's also a passage between one compartment and another, for the very same USB cable or some other. It's also good to stick the cable there when not in use.

I used to prefer shoulder bags, but increased e-scooter use and the need to carry remote working gear nearly all the time drove me into this ecosystemic change. 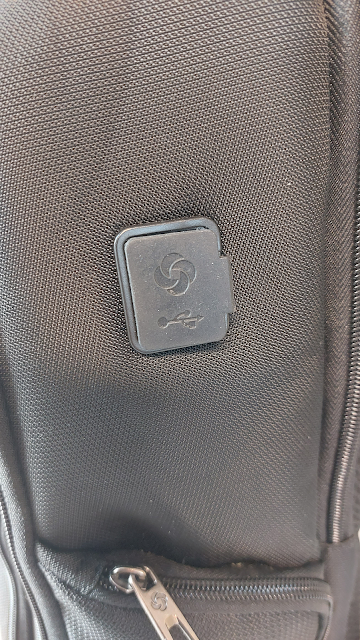 But is there any other use for the USB than the suggested power pack? (Something I don't have.)

Possibly I could hold a hard disk or a memory stick semi-permanently in the bag, but for that I'd also need a female-female USB converter cable. And yet another cable for actually accessing the drive, and presumably I would take that extra cable from the bag so it starts to look a little pointless.

Anything about the bag itself? Well, it stays in shape, and upright on its own. It has zillion compartments for different sizes and depth, and I'm still learning what is the best place for what.

There's the handy flat compartment for the laptop itself, then the rest of the junk (PSU and huge headset) can be put into the main space. On top of that a book or two and snacks fit in easily.

There are inside and outside "top" and "side" slots so that phones and wallets need not become lost into the depths. 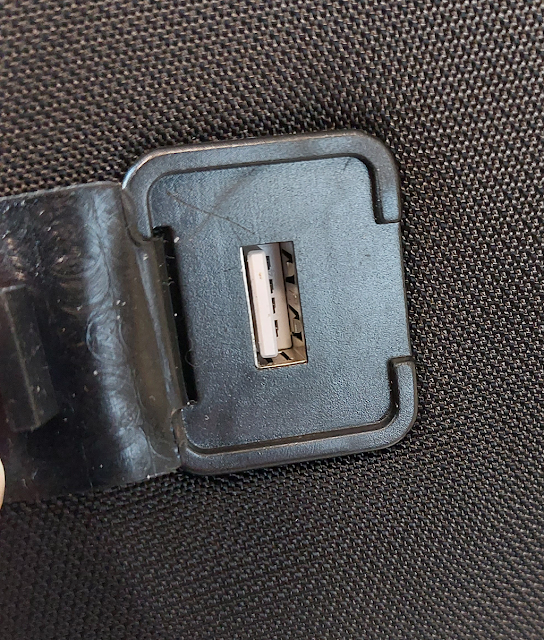