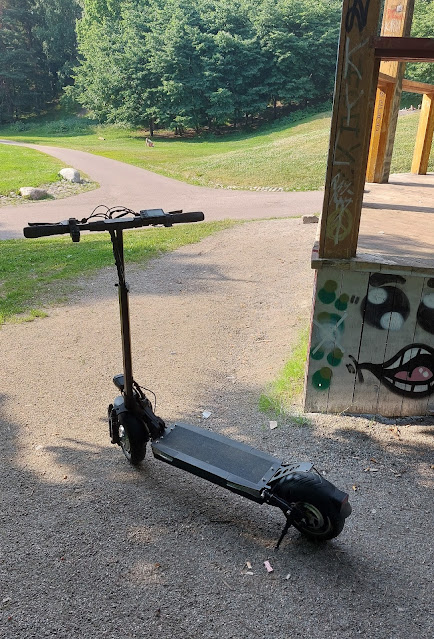 After having the eletric kickbike for more than six months, I have barely 150km in the odometer. During the hot and dry summer days this might change.

I still occasionally use the voi rental scooters, because it is sometimes just handier to not stress about the parking. Although, with the attention now given to mis-parking, it can be slightly stressful too. Also as the number of rentals in Helsinki is growing (voi, lime, tier, dott, bird) I'm somehow happier not having to think about them.

But the voi handlebar is really stable compared to my "zeeclo". In fact it is one of my on-going gripes with this model, it is somewhat shaky and needs to be aligned with the wheel from time to time. I mean, how difficult it would have been to design so it wouldn't rotate at all? 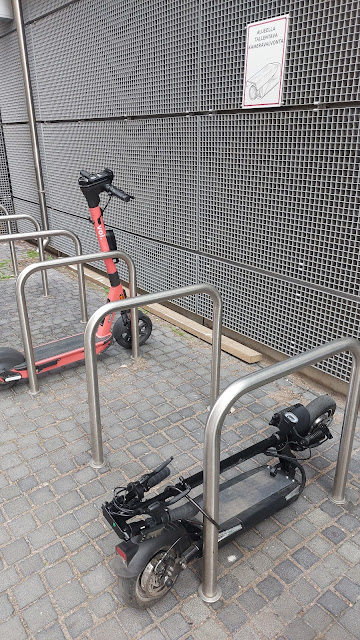 I bought a modest lock that should prevent the simplest thieving actions.

But I haven't decided what would be the best solution here. Collapsing the kickbike perhaps draws less attention to the vehicle and could discourage people from fooling with the controls. However, in this state it could be carried rather easily away after cutting the lock.

Apart from the lock, I have bought an electronic pump to adjust the wheel pressures. This I will discuss separately at some later time.

Let's just say I avoided the weird generic instructions at the Zeeclo website which suggested the wheels could be set at 50-60PSI. It might not be applicable to the Zeeclo Fenix at all. I instead followed the value of 35PSI found on the wheels itself. The vehicle is marginally faster when there's more pressure in the wheels. 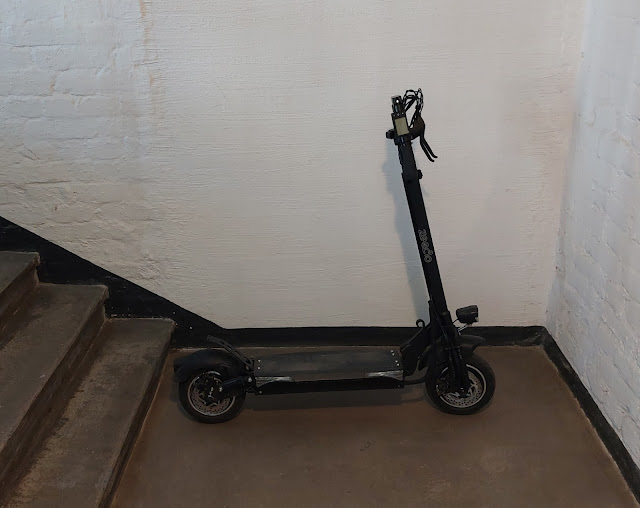 I would have taken it to the workplace earlier, but the elevator was fixed only recently. It barely fit into the small space of the elevator! Mind you, the distance to work is so small I barely need the scooter for my commute.

I have kept quite accurate record of my travels. Without making it too obvious where my homebase is, I combined the extents of my journeys into a single image, courtesy of Google Earth and the handy "path" function. The map doesn't mean I have driven extensively in the city centre. On the contrary, I have mostly avoided the central areas, instead favouring dedicated bike routes even in cases where they make the trip longer.

The supposed 20km range (10 there and 10 back) gives some limits to these trips but I have not really even used this range yet. 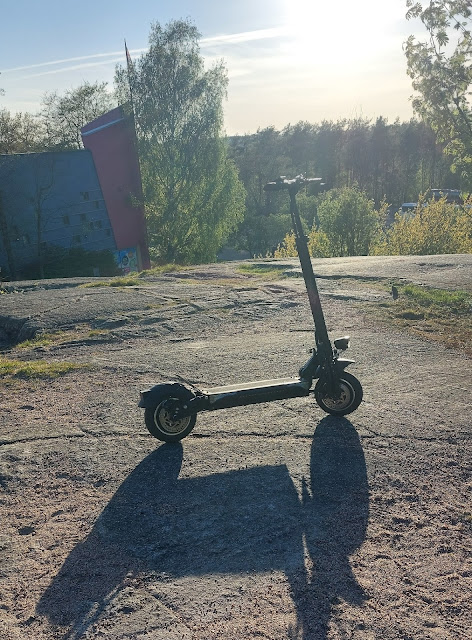